All services provided by Frontage are supported with post-project consultations and generation of materials for patent and FDA applications, manuscripts, and posters. Our companion diagnostic-focused services are designed to reduce attrition and reduce the time from compounds’ discovery to approval. 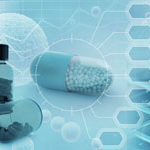 The Importance of Biomarker Discovery and Personalized Medicine

As more and more platforms and instruments come to play in the biomarker research, the method development and validation for biomarkers become more and more complex. Best regulatory practice in analyzing biomarkers to support drug development is expected, but deciding which regulation to follow has not been consistent.

Biomarker and Alzheimer disease: role of high sensitivity assays and the applications

Alzheimer disease is a devastating neurodegenerative disease, which is the only one amongst the top 10 deadly diseases that has almost no treatment. FDA approved ADUHELM® from Biogen in 2021 was the first approved Alzheimer treatment in the past 2 decades.

Current treatment plans focus on two strategies, preventing the formation and aggregation of plague proteins called amyloids and taus, or removing such proteins. ADUHELM® adopted the later pathway. Meanwhile, from the diagnostic point-of-view, we are slightly ahead of time compared with the treatment, thanks to various new technologies. In particular, highly sensitive technology and platforms enable early diagnostics. 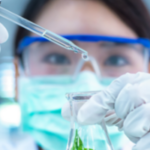