Circulating Tumor DNA: An Alternative to Tissue NGS for NSCLC

Tissue biopsies, which are currently the gold standard molecular diagnostic technique for oncologists, are not only painful to cancer patients but expose an already immune-comprised population to increased rates of nosocomial infections. Furthermore, it is not uncommon for the typical clinical pathology workflow to yield samples that are not suitable for routine analysis strategies, e.g., next-generation sequencing (NGS), due to severe degradation. Therefore, researchers at Abramson Cancer Center at the University of Pennsylvania (ACC) are among the many investigators pursuing reliable noninvasive tests to replace traditional tissue biopsies for the detection of reliable biomarker signatures and clinically relevant mutations. Recently, results from a study evaluating cell-free circulating tumor DNA (ctDNA) with blood samples derived from 102 advanced non-small-cell lung cancer patients (NSCLC) were published in Clinical Cancer Research in an article entitled, "Detection of Therapeutically Targetable Driver and Resistance Mutations in Lung Cancer Patients by Next Generation Sequencing of Cell-Free Circulating Tumor DNA" (Thompson et al., 2016). Of the patients in the study, 96% had stage IV disease, 81% had adenocarcinoma tumors, and 68% were women.

The study compared results from sequencing of focused gene panels that were independently developed for the analysis of tissue DNA and ctDNA. The tissue DNA samples were analyzed at the University of Pennsylvania (UP) using either the Illumina TruSeq Amplicon Cancer Panel (covers hotspots or exons of 47 genes) or a smaller UP Precision panel covering the 20 most commonly mutated genes, depending on the amount of DNA available. The ctDNA was analyzed using 68 or 70 gene versions of the Guardant360 panel; the sample processing and sequencing were performed by Guardant Health. The Illumina MiSeq instrument was used for the tissue DNA amplicon sequencing using an unstated sequencing depth, whereas the ctDNA amplicons were sequenced to a depth of 10,000X depth using an Illumina HiSeq 2500. Given the 4.2X higher yield of nucleotides from a single lane of the HiSeq 2500 versus an entire MiSeq run, the sequencing depth was likely lower for the tumor DNA samples. Sequencing was successfully completed using ctDNA template for all 102 patients. In contrast, sequencing of tissue DNA was successful in only 49% of patients due to poor quality of specimens, insufficient DNA yield, or because tissue biopsies were unobtainable.

Assuming faithful representation of the tumor genomes in the circulating DNA, because of the lower number of genes sequenced as well as the likely reduced coverage depth for the analysis of tissue DNA versus ctDNA, one would expect that the number of known mutations identified in the ctDNA would be higher than in the tissue DNA when comparing the same samples. This expectation was borne out by the focused comparison of 50 patients for which both tissue DNA and ctDNA were analyzed. Of these 50 common patients, 78% had at least one variant call from tissue DNA versus 84% for ctDNA. In keeping with the larger gene panel size used for the characterization of the ctDNA, an average of 2.8 variants per patient were detected in the ctDNA versus 1.5 in the tissue DNA. The overall concordance between the two sample types for variant detection was 60% when considering only polymorphisms that were covered by both the ctDNA and tissue DNA panels. When narrowing the scope to the therapeutically targetable EGFR mutations, the overall concordance in polymorphism detection between the matched tumor and circulating DNA samples improved to 79%.

The lower-than-desirable concordance rate (60%) should not be taken to indicate limitations in the reliability of the sequencing-based tests. The authors provide several plausible reasons for the reduced concordance between the ctDNA and tissue DNA assays. First, the time between the collection of the tissue sample and the blood sample for the study was up to 2 years, and major changes in the genetic makeup of the tumor could occur during this time. Another reason for reduced concordance could be the differing contribution of specific tumor lineages to tumor versus circulating DNA; in general tumor DNA may be diluted by non-tumor circulating DNA in the blood leading to a reduced frequency of specific mutations. Conversely, cell types with specific mutations may more aggressively shed DNA in to circulation and therefore be over-represented in the ctDNA relative to the tissue DNA. Overall, these results contribute to the promise that as sequencing technology continues to advance with the ability to profile lower amounts of DNA, with coverage of greater numbers of genes at greater depth, patients will be able to benefit greatly from non-invasive monitoring of the genetic make-up of ctDNA. Further improvements in databases of actionable mutations will allow for better clinical decision-making based on the review of ctDNA sequencing results, ultimately improving patient survival and quality of life.

Keep updated with current events in the Frontage community.

The Use of Flow Cytometry in Cell and Gene Therapies

Circulating Tumor DNA: An Alternative to Tissue NGS for NSCLC 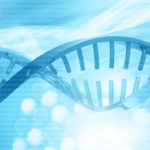 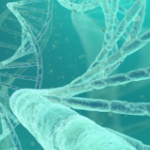 The diagnosis and treatment of human diseases and the development of new drugs increasingly rely on our ability to determine patient genotypes using accurate and sensitive pharmacogenomic tests. Many PCR and next-generation sequencing (NGS) based assay platforms are currently available.

However, the type of DNA sequence variants, the number of targets, and the sensitivity requirements are highly diverse in different studies. Here we describe the design, performance, and regulatory considerations of several assay platforms that are accurate, high throughput, cost-effective and customizable. These platforms provide high-quality pharmacogenomic data ideally suited to meet the needs of individual studies.

What will you learn?
* State-of-the-art pharmacogenomic assay platforms currently available
* How to select the optimal platform and assay design to meet the needs of individual studies
* Performances of several commercial or customized pharmacogenomic tests
* Regulatory considerations for pharmacogenomic studies

Speaker: Dr. Peter Zhang, SME, Frontage Laboratories (PA, USA).
Dr. Peter Zhang is a subject matter expert at Frontage Laboratories (PA, USA). He received his PhD in 2003 and spent 12 years in academia as a Professor of Functional Genomics. He has authored or co-authored over 50 peer-reviewed journal articles and book chapters. Dr Zhang has taken on various technical leadership roles in the industry in the past 5 years. He currently supports genomic services at Frontage, including all PCR- and NGS-based assay platforms. 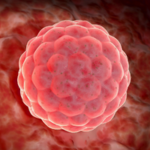 This webinar will provide a general overview of the regulatory guidelines required for developmental and reproductive toxicity (DART) testing. In order to initiate clinical trials for women of child-bearing potential (WOCBP), the FDA requires initiation of preclinical DART studies using mammalian research models. These regulated studies provide important information regarding the effects of drug exposures prior to and during parental mating, as well as evaluating maternal and fetal changes during gestation, and identifying any alterations in the development of the offspring following birth.